One of the many treats of going to the International Makeup Artistry Trade Show (IMATS in Los Angeles) a couple of weeks ago was hearing great speakers who demonstrated their makeup expertise.  For an hour, five-time Emmy Award winner Eve Pearl gave valuable advice on business for makeup artists.and showed the audience how she quickly creates a Red Carpet look.

Eve — who has worked for two decades in the fields of print, TV, film and theater — is no-nonsense in her approach to speaking, and to life.

She started out with a shocker: “Only idiots do makeup, right? Isn’t that what we’ve heard? And it’s not true.

“If you want to be a successful makeup artist, business skills are essential.  It’s important to sell yourself.”

And Eve should know.  Along with her quintet of Emmy’s, she’s written a well-reviewed book about makeup, Plastic Surgery Without The Surgery, has created her eponymous cosmetics brands, and has been a makeup artist for A-listers, royalty, and even the President and First Lady.  Eve gives examples of some business basics, including giving out one’s business cards to potential clients, and having a web presence and portfolio of one’s work.

When it comes to networking, Eve says, “Nothing is beyond your reach.  No one is too good for you.  Talk to people.  Then follow up with the people you meet: ‘Hi, Janet.  I’m Greta.  I met you at IMATS…'”

Eve hits the audience with another shocker: “Makeup application is 10% of what makes someone successful in this business.”

For someone who has a very-successful career and can boast a star-studded client list, Eve had it rough at times. “I used to be on welfare and I had a kid.  I was motivated (to succeed) by the ‘F.U.’ factor.  Use what you know in your own life to drive you.”

Because she didn’t attend makeup school, Eve had to commit herself to, “…lots of work to be fabulous.  You have to be consistently good and show up on time, 100% of the time.”

Eve remarked that the makeup industry has no, “…set system.  If a woman says that she doesn’t like her makeup, ask her, ‘What do you want?’.  If she says, ‘I want a smoky eye,’  say, ‘OK,’ and do what you want anyway since there is no standard for what is right.”

“Really,” she sums up best, “most people just want to look like their best selves.”

Applying bridal makeup pays well, but Eve reminds the audience, “Keep in mind that it’s about them and not about you.”

She stresses the importance of negotiating one’s rate for a job.  “Sometimes, a client will tell you right away what her budget is to hire a makeup artist.  Other times, the client will ask the makeup artist what her rate is.  Know what others are charging in your area, which can vary greatly.  Be specific about what you want, but be prepared to tell the prospective client that you will work within their budget.

“Also, ask specific questions, such as, ‘Is there transportation? Are there kids involved?’  Just ask so you know what kind of work will be expected of you and what to charge the client.”

A makeup artist from the audience asked Eve, “What if the client wants to pay less than what I charge?”

More tips include, “Meet the client ahead of time, if possible, and never take on any client’s negative energy.  If you’re starting out in the business, sometimes working for nothing is good because you’re doing it for the experience.”

When makeup artists are on the job, Eve says, “People in your chair must feel comfortable.  If you’re at a hair salon, have the makeup complement the hair style the client gets.”

Getting too close with others while working is not a good idea.  She warns, “Do not get involved in gossip.  If someone says, ‘She’s a bitch,’ say no more than, ‘Uh-huh.’  Don’t be friends with people.  No chit-chat.  Just answer questions asked of you or you could lose your job.”

Eve says communication is key when working with a client.  “When you’re applying makeup on someone, tell her, ‘I’m going to put false eyelashes on you now.’  Let them know what’s going on.  Also, makeup artists must be speedy and clean when they work.”  Eve got in the habit of being this way from working on rows of ballerinas at The Met in New York City, where her main studios are also located.

“While applying makeup,” Eve says, “You must talk and move at the same time.  But, make no excuses.  No talking about the past.”

Guys also sit in her makeup chair. “With men’s grooming, you just want them to look polished.”

On contouring a client, Eve believes that, “Some contouring works, but only for photos. You never want the client to look like a drag queen or a hooker/clown.”

With clients like the Obamas, T.V. Producer Mark Burnett (“Survivor,” the hit miniseries, “The Bible,” etc.), “The View,” Justin Timberlake and doing makeup at the Royal Wedding, she might not have the perfect studio on the road in which to do her magic.  “Trains, planes and automobiles,” is how she describes the small places that are usually her workspace.  What is the most-common “make it work” place to apply makeup?  “Hotel bathrooms,” she says.  “The key is setting up fast and working fast.”

What’s also important in these space-challenged conditions is working from a small bag of tools and products. “Edit what’s in your makeup kit,” Eve emphasizes.  “You must have a carry-able bag and be able to fit it onto a rolling case.”

Eve can’t stress enough how necessary being early for a job is.  “Being 15 minutes ahead of time is being on time.  There could be a lot of other makeup artists that have been hired for the same job.  By being early, you’ll get the lay of the land.”

Then Eve shifts gears from business advice to demonstrating how she puts together a Red Carpet look quickly.  On stage, she begins working on a pretty model who has very-light skin and is a strawberry blonde.

“Remember that you can’t brighten the face before you neutralize it,” Eve instructs.

She tells makeup artists to prep the face by putting vegetable or vitamin oil on a model, like coconut oil or Vitamin E.  “Prime her with moisturizer and no silicone – which some primers have – because it can turn rubbery.”

“It’s not necessary to airbrush clients.  It’s too heavy.  Airbrush makeup is just melted-down product that’s put in pods. It might not be good quality.”  Instead, she opines, “When well-applied, H.D. makeup is airbrush makeup.”

Eve’s compact set of creamy foundation colors, called the H.D. Pro Palette, is from one of her own makeup lines from Eve Pearl Beauty Brands.  The palette has everything she needs to work on face basics and keeps with her belief of carrying a kit with only the necessities.  She advises makeup artists to make sure that their kits contain products that have the same consistency.

Unlike many makeup artists who focus on color combos, Eve says, “I don’t want to be thinking about colors when I’m applying makeup.”  Instead, her perspective is, “Each face has different shapes, discoloration, freckles.  I diagnose the color of people from a distance, and look at the neck and chest.  The skin can be sensitive, dry, ashy or red.”  Lots of variables.  Then she determines what needs to be brightened and what needs to be concealed.

Now comes one of her techniques, Reverse Contouring.  She tells the model, “Smile, please.”  Then, to the makeup artists, she explains, “With lighter and darker foundation colors, use your brush to apply the darker color where one would ordinarily place the lighter ones and vice versa.  For instance, apply dark colors where highlighter usually goes and where there’s redness to cover.”

After she assesses the skin problems, she uses combinations of colors from her palette to create light on the face.  She tells the audience that they can test colors on their knuckle, in a pinch.  Eve uses her hands-free Pro mixing palette instead of the back of her hand for testing and mixing colors.  She admonishes, “Never double-dip your brush (from one product into another).  And when using a non-latex sponge, pre-wet it and use it to seamlessly blend foundations.”

“Only three cheek colors are necessary,” says Eve, “Peach, pink and a bronzer.”  She has all three in a compact of lovely colors she put together for one of her makeup lines.

“Don’t use regular finishing powder,” she warns.  Instead, she uses Invisible Finish Powder-less Powder – also one of her cosmetic creations. This product has an amazing, silky feel to it and takes away shine without leaving behind a dusty or cakey finish.

Not to say that Eve only goes for a nude look and won’t brush on a bright-orange lip or a neon-green eyeshadow.  The demonstration was just about how to create a Red Carpet look in a fast, simple way.

When the clock had run out, nimble Eve completed her model’s look without the time to give a blow-by-blow description of applying eye makeup or lips.  We examined the model closely, her natural beauty was enhanced and fresh-looking, yet she looked elegant – what Red Carpet ready means.  One could tell by the model’s wide grin that she liked what she saw as well.

When Eve received well-deserved applause for her handiwork, she said, “Less is more.”

For more information about Eve and her products, go to: http://www.evepearl.com 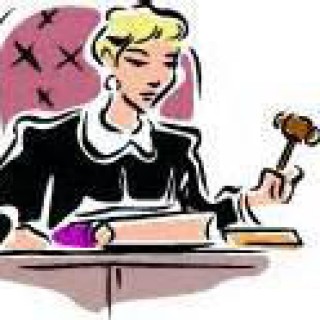 Long-time journalist, critic and columnist. Writer/editor of screenplays, plays and books. Crazy about beauty and anti-aging products, treatments and techniques. Got tired of looking for a good blog dealing with aging skin, so I started one myself. Hoping to be of service to people wanting to look their best as they age. Focus: skin, makeup and hair.